JOSEPH CAMPBELL: THE POWER OF MYTH 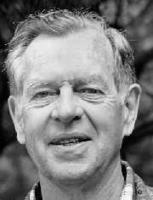 CAMPBELL: I think what we are looking for is a way of experiencing the world that will open to us the transcendent that informs it, and at the same time forms ourselves within it. This is what people want. That is what the soul asks for.

MOYERS: You mean we are looking for some accord with the mystery that informs all things, what you call that vast ground of silence which we all share?

CAMPBELL: Yes, but not only to find it actually in our environment, in our world -- to recognize it. To have some kind of instruction that will enable us to experience the divine presence.

CAMPBELL: That we have come forth from the one ground of being as manifestations in the field of time. The field of time is a kind of shadow play over a timeless ground. And you play the game in the shadow field, you enact your side of the polarity with all your might. But you know that your enemy, for example, is simply the other side of what you would see as yourself if you could see from the position of the middle.

MOYERS: So the one great story is our search to find our place in the drama?

MOYERS: When I read these stories, no matter the culture or the origin, I feel a sense of wonder at the spectacle of the human imagination groping to try to understand this existence, to invest in their small journey these transcendent possibilities. Has that ever happened to you?

I've had The Power of Myth on my shelves for a good 15 years now, after picking up a remaindered copy in Toronto for $10. After I flipped through its pages, looked at the beautiful illustrations, read the odd bit here and there, it went back on my shelves and remained there (although those same shelves have been moved at least 6 times, with my address). I also have The Hero With a Thousand Faces (half read) and a volume of his Masks of God series (unread), and a rare treasure picked up at a garage sale, tapes of a pair of lectures he made at Big Sur two weeks after the moon landing in 1969: fabulous walkman listening that made washing dishes a most stimulating exercise for a good week or so.

For a poet I've had only an intermittent passion for this kind of material. Curious. But after reading much of Bly's American Poetry: Wildness and Domesticity, I decided I had to become more conversant with that stuff, even if in a most casual, inexpert way. The Power of Myth was an obvious place to begin.

Consisting of transcripts of interviews with Bill Moyers about a year before Campbell's death and aired on PBS in 1986, I'm sure the book has been characterized as a "dumbing down" for the public. But as you can see from the excerpt above, its contents are not so dumb as all that. Indeed, I would describe it as not only a good primer for his earlier and more elaborate works, but a fabulous re-crystallization and final summing up of his ideas. Some day this book may be ranked with Plato's Dialogues and Ouspensky's In Search of the Miraculous as one of the great written discussions between a teacher and student about the problems and mysteries of life. For me, there's no need for the passive tense here -- it already is. (Can anybody out there suggest any others?)

Looking around the net, I see that Campbell has his detractors. (I feel like I'm writing about myself here …) His work is now considered dated, critics have chipped away at his theory of the monomyth (i.e. the hero that underlies all myths), exposed a number of faulty sources, and taken him to task for his anti-monotheistic bias; a few have gone so far as to accuse him (I think unfairly) of anti-Semitism. It would stand to reason, though, that to open himself up to Eastern and Aboriginal traditions to the extent that he did, a man born in America in 1904 would have had to decisively tear aside the oppressive mantle of the religious traditions -- not to mention prejudices -- he grew up with. And like the scientist Aristotle who apparently didn't know how many teeth were in a woman's head, this great generalist occasionally let accuracy fall in his pursuit of breadth and depth. But Campbell had a poet's vision. He was a true academic visionary. His knowledge was encyclopaedic, and his ability to perceive parallels with the present day was -- well, unparalleled. For a poet living in North America in 2005, his works still serve as perhaps the best way to familiarize oneself with that mythological material, much as Frazer's Golden Bough served Eliot, Pound, and Yeats almost century earlier. (Again, can anybody suggest any others?)
Posted by Brian Campbell at 4:55 pm

It is difficult to recc something similar unless one starts at the most general level.

Darwin's Origin of the Species is a great companion to Campbell.

Understanding Thermodynamics; HC Van Ness is a must.

The Predicament of Culture; James Clifford is an anthropological view.

The Act of Creation; Arthur Koestler is a work that defies description...in fact I'd suggest reading almost all of Koestler if you like Campbell.

Power, Politics, and Culture; Edward Said is a must in order to put our, and even Campbells', view of all this into context.

Thanks, David. I think you've given me enough suggestions to keep my lips moving for at least a year. Duh.