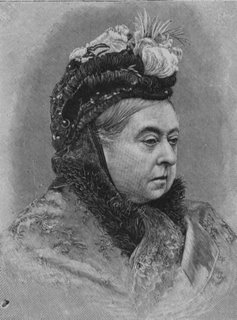 Looking over a post I wrote a few days back, this sentence gave me pause:

Like many things printed-word literary in Anglo-Montreal, this one manages to be frightfully English! and not particularly renegade.

Now, what did I mean by “Frightfully English!”? (The exclamation point is essential.) Well, when I wrote that, I wasn’t thinking of The Sex Pistols nor Cat Stevens nor the Beatles nor the British Blues Invasion nor pub or soccer brawls nor BBC World News nor (to go into literature) Ted Hughes at his darkest nor Percy Shelley (nor Mary nor Mary Wolstoncraft) nor William Blake nor D.H. Lawrence… nor Shakespeare … although there are elements Frightfully English! about all these… even, in incipient quantities, in Shakespeare…

I was thinking of these particular, all too familiar tags and trappings that taken together create a powerful gestalt one can only call “Frightfully English!” Call this, if you will, a cluster of clichés and stereotypes, passé, more than depassé. But it is a gestalt still powerful, even today.

I am thinking of blue-haired ladies in pearl earrings and necklaces and flowered dresses, whose limited but exuberant language of emotion consists of “Oh, how lovely!”, “Oh, how awful!”, “Just charming!” “Oh dear, I do say, I quite like that!” Or any of the above, taken singly.

I am thinking of Wedgwood tea services and fine bone china and dainty little pastries and everything associated with, “Do come to tea!”

I am thinking of word “chesterfield”—the town, the piece of furniture. Also Manchester, and anything containing Chester, including of course the name Chester.

Tarts – all kinds. Including the “cheap little tart” you can pick up at the pub.

Ye Olde Pub. (That’s the chiefly boozy version of Frightfully British, enough Scottish, Irish and Welsh that it makes for a questionable inclusion … but read on…) All that lousy Industrial Revolution fare – fish and chips, pub food. The North American version is of course the hamburger and the hotdog. Hard to call these a cuisine. See notes (to come) on sensuality & the lack of it.

I am thinking of the Frightfully Stuffy, English! aristocracy, a guilded cage whose birds still flutter in such tight, pre-defined little circles. (Here in North America the circles we fly in have not been so confining or pre-defined – but we are definitely flying in circles, even if we haven’t quite defined them yet.)

The fox hunt, recently banned under the pressures of the equally Frightfully English! animal rights movement.

Dried flowers in a Wedgewood vase.

The word persnickety. The word concoction. Peter Piper Picked a Peck of Pickle Peppers. All the fussiness and finicky drabness contained or implied in this list.

Posted by Brian Campbell at 1:06 am

Email ThisBlogThis!Share to TwitterShare to FacebookShare to Pinterest
Labels: Humour