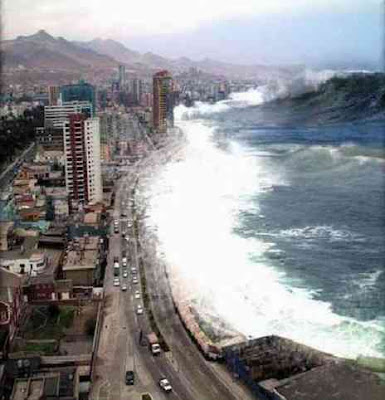 It’s Boxing Day, and the fourth anniversary of the great Tsunami that devastated coasts and killed thousands upon thousands all around the Indian Ocean. Odd how succeeding waves of events have served, for those of us with only a media connection to areas affected, to wash that overwhelming cataclysm into the background – although doubtless, untold thousands continue to suffer its consequences.

What better time, then, to draw attention to Indran Amirthanayagam’s The Splintered Face, which attempts by means of poetry to deal with the tragedy. I have to say, this had to be one of the most engaging collections I read in 2008. In spare, well-crafted poems, Amirthanayagam, Sri-Lankan by birth, both reflects and lets voices of his suffering countrymen speak through him, and achieves, despite his own distance from event, a kind of catharsis. An American citizen residing in at the time in Maryland, he admits both in the introduction and in the final poem to watching the tsunami unfold by satellite. As with all expatriates, this state of uneasy connect/disconnect leads to a very special sort of suffering.

There is a sense of haste in this book – lines I would have excised, occasional excesses that are, considering the subject matter, wholly understandable – but never does poet fall into bathos. The best poems are supreme accomplishments of emotion, vividness and restraint. Here are some highlights:

Imagine
a ninety-year-old painter,
strong, body
like a leather stick,

skin burnt
from so many suns
and walks
along the beach,

a natural
philosopher, verile,
inspiration
for his grandchildren

who play in the pools
watching small fish
the last wave
brought in.

Imagine, a holiday,
a full moon,
the family
back at home,

and he finishes
his still life:
a giant wave,
agitated, dirty,

Mass
at Our Lady
of Matara

was
interrupted
that Sunday
morning,

her doors
flung
open
to greet

and spray, in my silence,
moments of clairvoyance
seeing whole populations
of islands and coastal wetlands,

inlets and lagoons, splits
and wedges of sandbars
and sandy points, convulsed
by churning of dirty grey