My first entry on the Rover's Blue Met blog:

Politics and the Writing Life

Imagine you come home, turn on the TV, make popcorn, settle into the couch and really try to get into a s 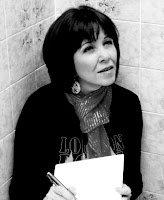 how. Meanwhile, your house is burning down. That’s how Carol Zardetto, a Guatemalan writer who spoke on Friday’s Politics and the Pen panel, described a Gen-X of younger, apolitical writers in her country. While turning away from politics is entirely understandable in the context of Guatemala’s unending political foment, in the end, she said, private life cannot be separated from public life, particularly in a country like Guatemala.

Both Zardetto and Sergio Ramirez, the other writer on the panel, have been seriously involved in politics. Ramirez served as Nicaragua’s Vice President from 1995-2000; Zardetto, a lawyer, served as a Deputy Minister of Education for a year in 1996 before being posted as Consul General in Vancouver. Both spoke of the difficulty of balancing the writing life and the political life, and of the inherent incompatibility of holding to an official line while trying to maintain the independence required of a writer.

Ramirez said he didn’t write a line for ten years when his Sandinista commitments most monopolized his time; at a certain point a panic set in and he literally “stole time” from his 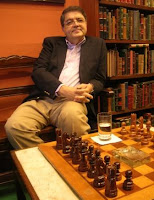 Vice Presidential duties, getting up at five in the morning to put in three hours of writing before starting his working day. While both writers have withdrawn from active involvement in politics, both concurred that it was important to maintain a sense of political commitment, and expressed appreciation for how their own political lives ultimately enriched their writing lives.

In the relatively benign political climate of Canada, of course, it is quite possible to live out an entirely “private” life – to tune out the disturbing news, to narrow-cast, to ego-cast. All one has to do, though, is look at a typical kitchen and all the products in it that come from foreign lands, to sense the pervasive influence of realpolitik on our lives.

As Carol Zardetto put it, no matter how much one may push politics to the margins of one’s life, it will always remain a lurking presence there – so one may as well try to understand and deal with it, to make oneself into a subject of history rather than its unwitting object, pushed around by forces one can neither control nor comprehend.