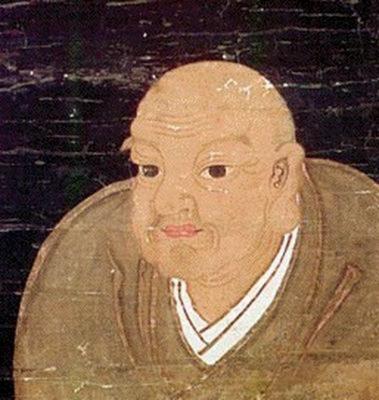 
It's funny how blinded we are when theorizing about art without art actually in front of us. Rather like drawing a human figure without a model... the result will be frequently more than just a tad distorted. Just placing the Joseph Cornell boxes in my last post (I did it for decorative purposes...I just liked them) rather undermined my own arguments about dangers of "systematically random" art lacking heart. Clever, whimsical, his boxes are elegant and tasteful juxtapositions compared to sausage-grinding of disparate morsels exemplified by Flarf poetry (which can actually have plenty of heart -- in rare instances). They show possibilities for the juxtaposition of found materials that my own remarks don't acknowledge at all... that I find interesting. So much in one's generalizations depend on what one has recently been reading and impressed by. I would reckon that Thomas Basboll -- in saying "I much prefer poems that clever people put together out of things lying around in plain view to poems that creators found in their hearts" -- hasn't read Plath or Vallejo or Franz Wright for a long while....I was just reading them last week.

What got me going below was David's reference to Peter Matthiessen's conflicts between what he perceived as the egotism of his writing and his Buddhist beliefs, and his parry that "elimination of ego" and "forgetting of self" wasn't necessarily "phony" or "arrogant." Clearly I wasn't explaining where I was coming from -- a perspective derived from my own 9-year practice of Nichiren Daishonin's Buddhism, which is actually quite different from the monastic tradition of Zen (as interpreted by Watts and Suzuki) that forms so much the dominent impression of Buddhism here in North America. For that alone, I think the following, from our discussion on David's blog, has value:

Three blind men describing the elephant of art... well we have rope here, a fan there, the side of a great boulder... eventually, hopefully, we'll come up with a satisfactory composite picture (perhaps by the hundredth comment).

What's on my mind right now is how am I to eat my words, particularly "arrogant" and "phony". I suppose with a zesty vinegrette of humour, and a side-order of humble pie.

As a practicing Buddhist myself (gloop, gloop) for the past 9 years (mmmm, but the pie is delicious), I have no trouble with freely admitting that there I was projecting the arrogance (and yes, elements of phoniness) in myself on the project you propose, and indeed, it actually feels like quite an accomplishment to still have such balls & bombast after so much time. Horray for Balls & Bombast!!

Be that as it may… a few remarks about “elimination of ego”, and “forgetting of self” in what I know of Buddhism, to give some indication of where I was coming from in previous remarks. The sutras of provisional Buddhism (that is, prior to the Lotus Sutra) propose the renunciation of desire (& I suppose ego, that lovely Freudian concept, is bound up in desire) as the way of eliminating fundamental darkness of human nature that is singled out as the source of suffering. But on any close examination such a project goes at cross purposes with itself, as the desire to renounce desire is itself a desire, so of course any result in that direction will still result a desire-filled state…. even if it appears as a serene contentment with self-enlightenment through direct perception of one’s own mind (a pitfall of Zen, by the way). A dogmatic belief in the elimination of desire is in the end undesirable to living beings, as we need desire to eat, procreate, survive, appreciate this life and achieve happiness. A fighting spirit has its uses, particularly in a world full of injustice, where the strong step all over the weak, etc. The ultimate Buddhist – that is, an ultimately enlightened Bodhisattva -- may well emerge as ultimately alert, courageous with an indomitable fighting spirit, but have the wisdom (and reserves of gentleness) to know when and how to employ his power to confront evil (yes, evil, it does exit) in any given circumstance. This of course requires supreme intuition based on wisdom acquired through Buddhist practice. Wisdom is an inscrutable thing… but the Mutual possession of the ten subjective worlds, a concept I have no time to get into, would suggest that where there is life, there is desire and this is by no means a bad thing (or bastard to escape, as you put it). Ultimately, the best way to go may be to, as Nichiren Dishonin puts it, to “suffer what there is to suffer, enjoy what there is to enjoy, and chant Nam Myoho Renge Kyo no matter what happens.” Not to endeavour to eliminate desire, but refine desire through practice, cause your desire to naturally embrace suffering of others through acts of warmth, compassion (and yes, humour – why be so serious about it all?), gentle or not so gentle, as appropriate.

Poetically, the upshot of all this is that someone like Franz Wright or Vallejo or even Plath may be closer to Buddhist enlightenment than someone who to “eliminate ego” tries to cut himself off of his feelings & play around with words in a superficially “egoless” way. The latter could be construed as false -- & “phony”, and & “arrogant” -- however angry-sounding those words may seem. So am I eating my words? Well, yes, but as far as I’m concerned they still have nutritional value. (Gloop, gloop.)

P.S. I appreciate your concern about the artist being “present in his art”. And maybe a line or two from your google search might be useful for a poem...

Welcome to the Death Clock.
Do you have some Hallmark Ornaments you don't want anymore?
etc.

Posted by Brian Campbell at 9:14 pm

So right on, your mention of Wright and how his work thrusts you into the "poem from emotional truth" vs. a constructed artifact mode. There are times I much prefer writing directly and plainly out of the source, and then other times where I can only manage to use the found elements in an interesting, intellect-driven way, where I am standing like ten steps away from the source "fire". I can only enter that way, maybe because that source is too strong, I must remove myself. And I may never even come close to the original energy. It's a fascinating issue of process and circumstances that give rise to either approach. One is not inherently better than the other, but necessary depending on the winds.

I like your blog and will add you to my blogroll.

Brian
Thanks for the info about flarfing on my post today. I'm going to add a link to your post in the body of mine. Makes a nice parallel.
Pris

Brian, this is all very interesting. You touch on something that seems to be the core of our poetry: the relation of I to other, the conundrum of individual situation within artwork.

Where I think one side sees the ultimate limitation within the narrative I, others argue over the readerly presumption of the biographical nature of poetic works or over the dependence of demographics upon an establishing of a distinct poetics of identity.

As a matter of course, all of these approaches take the aim at exclusion—of the I, of the self, of majority in favor of the marginalized—and strike against some seeming sense of establishment.

I feel as though I'm slipping into vague, self-dialogue here . . . but I've always had the feeling that the divide in most instances arises from fundamental insistence upon division. That is to say that it is a decision to make the I no longer metaphor for other or all but instead a symbol of egotism. To reverse things, I guess I'm showing my stripes in believing that the I or poetic sense of an individual is in itself the driving metaphor of poetry—in the sense of an integration of I-ness and other-ness and thus a kind of one-ness.

Of course I reject Freud in this sense, as well as the psychoanalytical school of literary criticism . . . *shudder*

I often wonder if I/individual/"ego" antipathy is a reaction to the cultural permeation of Freudian psychology.

Anyway, to speak to the idea of randomness, I think you're right in seeing the contrariness in hoping to absolve art of ego—consider that the defining characteristic of such a poesy seems to be "cleverness".

The distinction is that (I believe) your pursuit is in the name of individualism (your Buddhism) rather than the guise of egotism. These are of course the same thing depending upon perspective, but individualism in this case stands for a unity of I and other (or even cleverness) rather than supposed divorcing.

The individual is much closer to the one or the all than is the group (the product of any sort of other-ing).

Sounds like we all need to go to an I-doctor.

Joking aside, though, thanks for your most penetrating analysis, Adam... even if it seems like so much fumbling in obscurity. I feel you're approaching the core or crux of what all these debates that have been raging for the past number of months, and probably forever, pivot around -- you know, quietude/post-avant, organic/inorganic , random/heart-centred (or whatever), even New Sincerity versus Old Phony (or whatever): the prevailing attitude of any given poet (or reader) to the "I" and "other" in the poem.